Since Angular started its alpha and the code became available on Github in late 2014, many resources have been created on the web for learning it, especially in the last year.

This is a compilation of the best Angular tutorials, blogs and podcasts that we can systematically use and rely on to Learn and Keep Up with Angular.

So let's get started, what are the best resources on the web for learning Angular?

Nothing beats the source

A complete resource for learning Angular to check out first is the official Angular documentation itself at angular.io:

Tips and Tricks for using the official docs

Please bear in mind the following about the official website:

The best web forum that we have found so far to keep up to date with Angular is the Angular Subreddit. The Angular Gitter chat is also a good place to go but as its really more of a community chat to ask questions in real time:

All the great blog posts on Angular end up in this Subreddit, there are also great discussion threads and the community there is really passionate.

You can see that there are a lot of Help Request threads. Many times you will get very good help here.

If you want to know what happened in Angular in the last week, you just have to go this Subreddit and everything will be there: this Subreddit is literally "The Front Page of Angular".

If you are looking for an in-depth blog on Angular, you should really check the Thoughtram Blog Angular Section. This is one of the original Angular blogs that has been posting very high-quality in-depth content since the very first Alphas.

The blog writing style is super clear and the posts are always up to date, the articles are kept updated constantly to the latest Angular releases.

There is a lot of research effort that goes into this blog: the reason why it contains such in-depth content so early is that they try the code very early once features are available, and even before as they are being developed - when there is only the code to figure them out and not much else.

If you only have time to read one Angular blog, this is the one to choose. 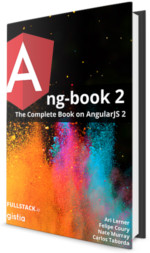 The content is kept up to date constantly with the new Angular releases. Whole chapters such as the router have been rewritten depending on the changes, the book tracks the framework very closely.

This is a pre-release version that is approximately 95% complete. Updates will be released as they are finished (roughly every week).

The Minko Gechev Blog is another great resource for learning and keeping up with Angular. This blog is very in-depth and clearly written. It usually does not focus on a unique feature of Angular and describes it in detail, like the Thoughtram blog does so well.

Instead this is more of a big picture, architecture / tooling / best practices level blog where things like the following topics get discussed in depth:

If you are looking for guidelines for structuring the architecture of your app, or looking to learn the latest on Angular tooling like the offline compiler, this blog is a must read.

The Angular Air podcast and YouTube Channel are a great way to keep up to date with all the latest developments on the Angular world:

Although there are some podcast episodes about Angular 1, the majority of the episodes focus on Angular. The core panelists are very plugged in into whats new in the Angular community as they themselves are the main contributors to Angular Universal and several Angular libraries.

So what is important to realize with this podcast is that its made by frequent conference speakers and developers of parts of the Angular stack themselves, so in many cases, we are getting the information straight from the development source or very close to it.

Members of the Angular core team are frequent guests in this podcast.

This podcast has the advantage that you can watch the video version of it on YouTube.

The first podcast on Angular was the Adventures In Angular Podcast, and its a great resource for keeping up to date with everything Angular related: not only Angular but also Angular 1.

It covers in general the whole Ecosystem of tooling and languages (including Typescript) that revolves around both Angular versions:

The Angular core team members are also frequent guests in this podcast.

Recently on the Adventures in Angular Podcast

This is a selection of some recent episodes that we have found very helpful in keeping up with the Angular Ecosystem:

This podcast is audio only and the episodes are around the 40-50 minutes mark, with the last 10 minutes being the weekly suggestions section. This makes it ideal to hear on your daily commute.

Podcasts and blogs are are a great resource, but further in this post, we will learn about some video tutorial choices, starting with YouTube.

It might not be apparent by the way the channel is setup, but one of the best tutorial resources that you will find on the web is the official Angular YouTube Channel: 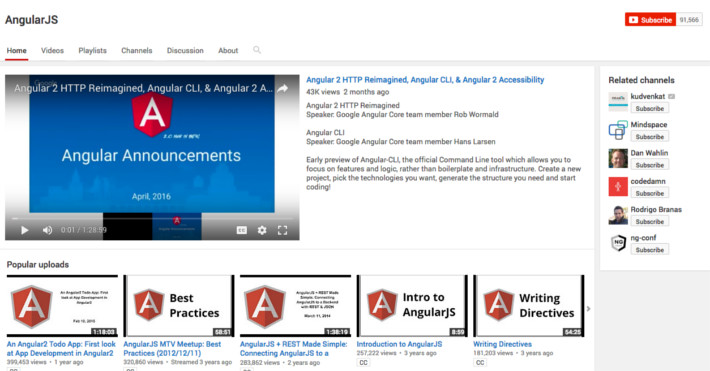 This channel contains internal presentations on developer meetups at Google, where developers are given early previews of what will sometimes become official talks.

The thing to bear in mind is that each video is the result of a meetup that might contain completely different parts. And the content of the middle and end of the video is not on the title so its does not get indexed very well.

These videos contain some of the best interviews and talks on Angular available (including all the multiple conferences), for example:

So again in the case of this channel, you really want to see the whole video, as each video contains a large variety of content. There are many hidden gems here, so yet another reason to subscribe to the channel.

There are many conferences on Angular, but if you have to choose one take this one, ng-conf:

If you have to choose one conference to watch annually, take this one you can't go wrong with this cannel, here is this years playlist.

The Angular University provides online tutorials for learning and keeping up with the Angular Ecosystem. This means the framework itself and everything around it, from Typescript to Module Loaders, server-side Angular etc. Check the course pipeline (several courses already available), bellow is a sample: 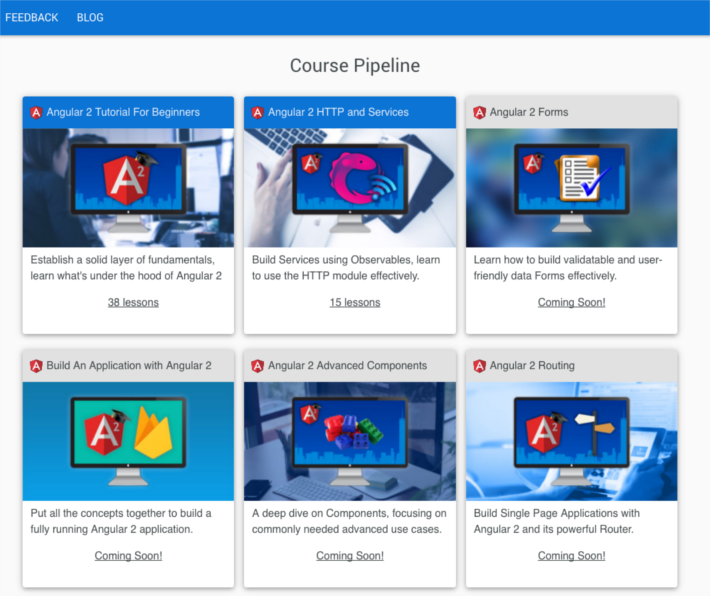 The goal is to have a series of mini courses on a given topic (Router, Forms, etc.), split in video lessons of less than 5 minutes. A developer will guide you through a framework feature coding example step by step in a conversational way, while still helping to keep the big picture in mind: by mentioning the "Why" and not only the "How".

The format of short conversational video lessons is meant to be easy to consume outside of the prime learning hours of the day. Its much easier to learn something if a fellow developer guides us through it in a pair programming session (plus we have a replay button :-) ).

You will always have the energy to watch a couple of well summarized, focused 5 minute of video a day.

The technology learning landscape is changing under our feet. The pace of evolution is getting faster, but we are at the same time converging. The Javascript community is converging around a couple of MV* frameworks (Angular, React, Ember), and the development on the server is starting to be done more and more in Javascript.

For example with Angular it might be possible and very viable in the future to build our whole application using it (both backend and frontend). More on this on a upcoming post.

To keep up with the changes on the ecosystem, we need something to complement the existing forms of media.

We could use short, well focused video tutorials that must be very easy to consume and very compatible with our jobs and commutes. In short, we could use a summary of what is going on, but we still need to see the code in action.

If you enjoyed this post, here are some other popular posts on our blog:

This is a comprehensive guide to the fundamental concepts of the Angular Router: routes, paths, components, outlets. We will cover both child and auxiliary routes, and we will learn how to setup the very commonly used Master Detail routing scenario.

The Angular change detection mechanism is much more transparent and easier to reason about than its equivalent in AngularJs. But there are still situations (like when doing performance optimizations) when we really need to know what's going on under the hood. So let's dig