In this post, we are going to summarize in a single place the content all the courses currently available at the Angular University. We will give for each one:

This list will be kept up-to-date over time as more courses are released, currently, all the learning material is updated to the latest release.

Note that the code for all the courses can be found at the Github page of the Angular University, and each course has several free lessons available.

The beginner's course that we will present first is free, the Complete Typescript Course is right next.

The Angular Beginners Course is an over 2 hours free course that is aimed at getting a complete beginner in Angular comfortable with the main notions of the core parts of the framework:

There are 3 exercises and their solutions (in separate videos):

The goal of the course is to explain the most commonly used features and the main concepts of the framework, as these are the features that we will be using most of the time.

By explaining first what we will be using the most often, we can give a beginner a quick course that will allow him to already do a lot of things: build components, directives, and pipes and have them interact in different ways. Build services and use the HTTP module, and know how to debug Angular. 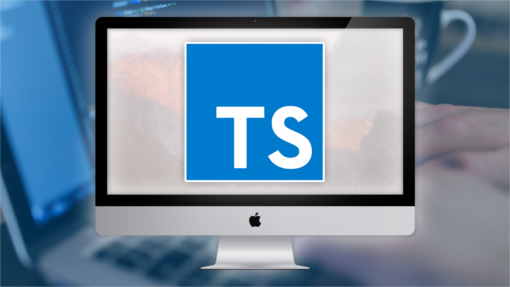 The course structure is the following:

What you will end up with does not seem like much, but it's what the industry has been looking for for a very long time: a type-safe program built full stack using only one language, based on functional programming principles and sharing some code between the backend and the frontend.

I'm pretty sure you will have lots of fun taking this course!

The Angular HTTP module is based on the RxJs Observables module, meaning that the calls that we make to the HTTP service return Observables.

The goal of the Angular RxJs Jumpstart course is to learn how to use the RxJs-based HTTP module effectively, by doing an introduction on functional reactive programming and demonstrating the most common RxJs operators that we will be using to handle HTTP calls.

So the goal is not so much to give an extensive introduction to RxJs and cover all operators because in practice we will only be using a small subset.

The goal is then to introduce the RxJs core principles, identify that subset of most frequently used operators and immediately apply them to the Angular HTTP module, using it to build the Service layer of our application. Here is the course: 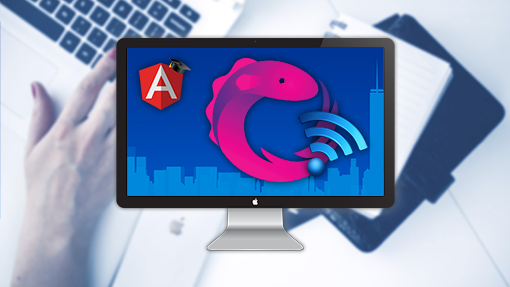 This course covers the following topics:

The course exercise consists of improving a search service that we developed during the course and then build a Typeahead component.

It might look simple at first glance, but there is a lot to building a complex HTML Form, especially if it's the kind of form for creating complex business data, spanning multiple tabs and edit dialog screens and with subtle interdependencies between multiple parts of the form.

Getting the validation aspect of a large form right is something that would benefit a lot from using a form development framework. Forms can really be some of the most complex user interfaces that a developer might have to implement!

The Angular Forms Course covers two main ways that we have for building forms: Template Driven and Model Driven or Reactive Forms: 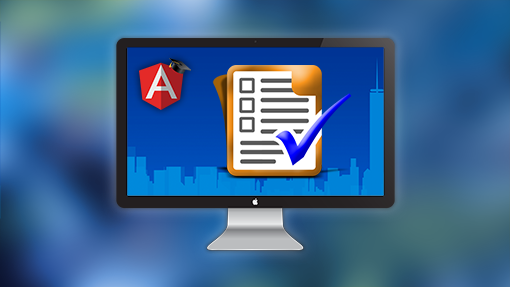 As an exercise, we are going to build a signup form using a little bit of both template driven and reactive form techniques. The goal is to understand how under the hood both techniques work the same way.

Single Page Applications have been around for a while, and they are the usual preferred choice for building authenticated dashboards and enterprise applications and helping us build single page applications is the main task of the Angular router.

The router allows us to define what application-level components should be displayed depending on the URL, so it sort of helps us define the skeleton or the main structure of our application.

The Angular router is also made to enable a better application performance in general by making it simple to lazy-load parts of the application only when it's needed. This makes the initial application load time faster which really improves the user experience, especially on mobile.

For covering these several aspects the router we have created the Angular Router Course: 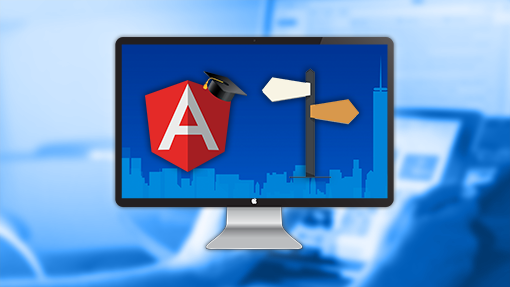 In the end of the course, we are going to build a small application dashboard by using auxiliary routes.

In the previous courses, we have been covering aspects of the Angular framework in particular, but we have not covered the topic of how to tie everything together and build an application from A to Z.

In order for building a complete application, we need to choose something for the persistence layer and for the backend. And a great backend for complementing Angular is the Firebase Backend as a Service solution, also from Google!

The two technologies are perfectly linked together by both the Firebase client SDK and the AngularFire library.

So what better choice for tying all the concepts together than to take Angular, it's Router and Forms Module, use AngularFire and Firebase and build a complete application from top to bottom?

That is exactly the goal of the Angular and Firebase - Build a Web Application: 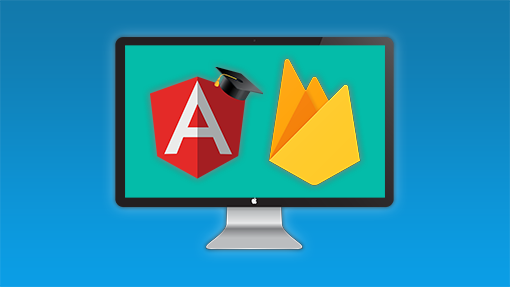 Note that we are going to see how we can do a lot of our development in a backendless way (Firebase being the backend), by using the out of the box backend-building capabilities of Firebase.

But we are also going to cover how to build custom backends, also using AngularFire and the Firebase SDK, as these two libraries are universal (or isomorphic), and they work both on the (Node) backend and on the frontend.

This course is made to be followed by building the application as we present the multiple concepts involved, so the whole course is itself one big exercise.

Having said that the lessons will still make perfect sense if we watch them sequentially without building the program as we go along, and have a good learning pace that matches well the two viewing scenarios.

In our mailing lists, we ask developers what is their main difficulty while learning Angular. The very frequent answer that we get is RxJs and Reactive Programming.

And even more so, a question we get is how to use RxJs to build applications in Angular? So in order to help tackle this issue, we have prepared a course that introduces RxJs from a different point of view:

We have introduced RxJs not as an alternative to Promises but as a set of application design patterns.

We believe RxJs is best approached as an implementation of the Observable pattern, and by learning the pattern first and its use cases we will understand the library and its operators much better.

Then based on the Observable pattern we will introduce the RxJs library and will use it to implement a catalog of application design patterns for building Applications in Angular in Reactive Style: 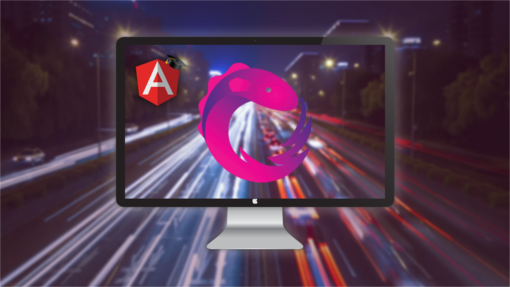 In this course, we are going to do a guided tour of the Ngrx Reactive Extensions library ecosystem. This is an architecture course, so its recommended to first take the Angular For Beginners and the Typescript course to take the most out of it.

In this course, we are going to build step by step a chat application that reproduces the situation that the Facebook team faced with the unread messages counter. We are going to solve the problem not by using the original Flux dispatcher. Instead, we are going to use a derived single store RxJs-based solution: The Angular Reactive Extensions Ngrx Store.

We are going to build the application using Reactive Programming principles and a set of libraries of the Angular Reactive Extensions (Ngrx) Ecosystem: this will include the Ngrx Store, Ngrx Effects, Router integration, Immutability and OnPush Change Detection.

We are going to cover the benefits of Immutability and OnPush change detection, its advantages and disadvantages.

That main goal of the Angular Ngrx Reactive Extensions Architecture Course is to present store architectures and their advantages, and show how the Ngrx library ecosystem can be used to build an application from A to Z: 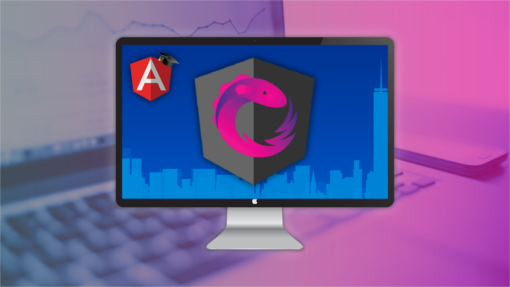 In this course, we are going to dive deeper into the Angular framework, by learning the most advanced aspects of Angular Core. 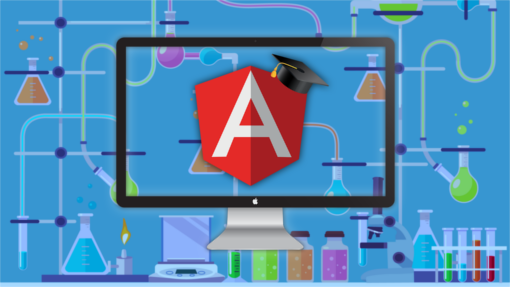 This course will cover the following topics:

But more than presenting the features in isolation, we will use them in real use cases which will make the features much easier to learn, by building a series of small open source libraries:

With this course, you will have a rock-solid foundation in Web Application Security Fundamentals, and you will have gained the practical experience of applying those concepts by defending an application from a series of security attacks. You will have done so by actually performing many of the attacks! 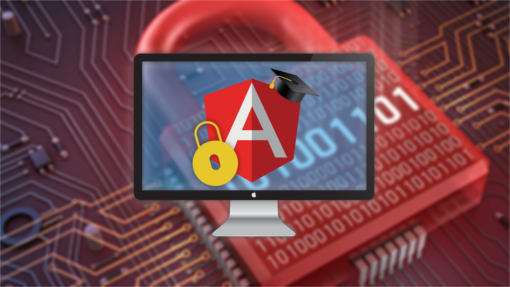 With this course, you will be familiar with the following security vulnerabilities: Dictionary attacks, Cross-site Scripting or XSS attacks, identity token highjacking techniques, the browser same-origin policy, how to combine cookies with JWTs and why, Cross-Site Request Forgery or CSRF, common design vulnerabilities, and more.

You will know common practical solutions for securing both enterprise and public internet applications, such as how to use JWT to delegate authentication to a centralized service, which could be Auth0 or an in-house developed service that follows similar principles.

The main goal of the Angular Progressive Web Apps (PWA) Course is to teach how to build next generation Angular applications, that share many of the features so far only available to native applications: 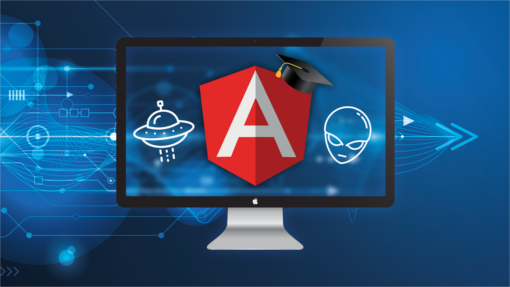 In the first part of the course we are going dive straight into the Angular Service Worker and the built-in Angular CLI PWA support. 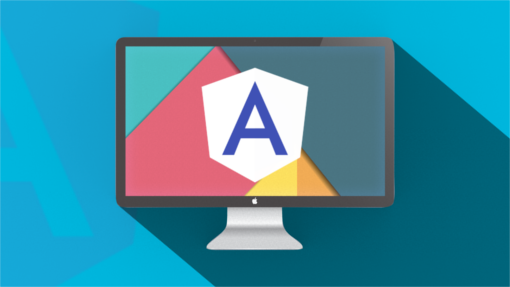 Developing solid form controls, containers, navigation menus and modal components on top of pure Angular still require a lot of time and effort, especially if we are looking for a consistently themed component suite with commonly needed advanced features such as for example great ergonomics, design and user experience (including animations).

The good news is that we don't have to do that anymore because together with Angular we now have available an amazing suite of Material Design components, ready to be used!

We are then going to introduce container components such as for example Tab Containers and Material Cards, and we will show a complete example of how to use a data table with a data source, pagination, and sorting.

We will also show how to use Modals to edit some of the data in the data table, for which we will use multiple different types of form components to build an editable form: date pickers, slider, and more.

I hope you enjoyed the post, I invite you to have a look at the list below for other similar posts and resources on Angular.

I invite you to subscribe to our newsletter to get notified when more posts like this come out:

Have a look at the Angular University Youtube channel, we publish about 25% to a third of our video courses there, new videos are published all the time.

If you enjoyed this post, have also a look also at other popular posts that you might find interesting:

This post is part of the ongoing Angular Architecture series, where we cover common design problems and solutions at…

If you are building a RxJS Angular service layer for the first time, you will likely run into one…